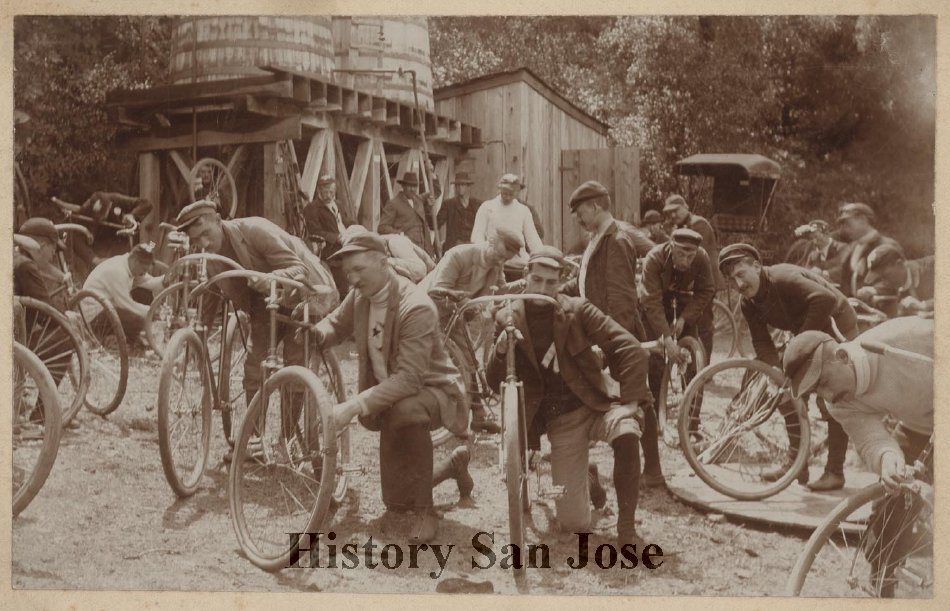 The first club run will be to Santa Clara next Thursday night A uniform and club emblem will be adopted at the next meeting, one week from to-night. The new club starts out with a membership of twenty, which they hope to increase materially in a short time.

A new cycling club has just been started in San Jose composed of twenty members of a Native Sons parlor, having for its name the Observatory Cycling Club. A. A. Tisdale has been elected captain and he will endeavor to have the members uniformed alike so as to enter for competition in the parade on September 10th. They will probably adopt the star as their emblem.