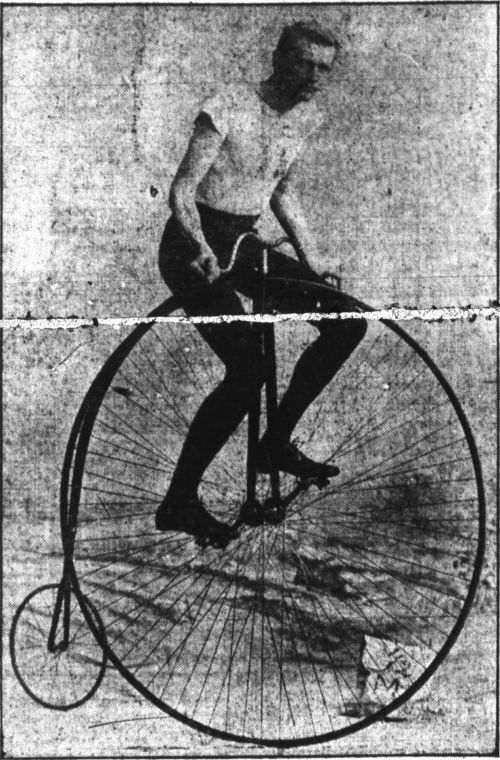 AL G. COL ON THE “STEED" HE RODE A SCORE OF YEARS AGO.

IN a musty garret of a local business house a Mercury reporter unexpectedly located a large number of unique photographs of some of San Jose's best known citizens and business men attired in the gaudy uniforms which were a fad with the young men and the old men alike in the first eight years that the bicycle made its appearance in San Jose. These photographs were covered with the accumulation of dust of a score of years when found, but are all in excellent condition, and commencing tomorrow morning the Mercury proposes to run one each day, with a short bit of the biography of each man.

All of the photographs are of the earliest members of the Garden City Wheelmen, the well-known local cycling club, which was organized in 1884, and the pictures of several of the charter members of the organization are among them. According to the records of the Wheelmen, the only seven men who owned bicycles in San Jose in 1884 - namely, R. G. Bailey, H. D. Boschken, J. E. Gibson, A. Hyman, L. Moultree, W. W. Reed, E. E. Thomas and D. L. Thornton - met on the evening of August 8 and organized what they styled the Garden City Cycling Club. The bicycle in those days was a crude affair and the seven members of the new organization were looked upon as foolhardy acrobats and gymnasts rather than as sane sportsmen, and for two years there were no recruits brave enough to join their order and participate in their pleasure trips. However, In 1886 the club reorganized under the name of the Garden City Wheelmen, of which the charter members were: G. P. Black, Fred Brohaska, W. S. Johnson, L. F. Lindley, A. S. Mangrum and A. C. McKenney, in addition to those already, named as charter members of the original organization.

Following this reorganization several improvements were made in the old high bicycle, known as the "ordinary" to distinguish it from the low bicycle which followed it and which was designated as the "safety," consequently a large number of new members came into the club; club runs were planned, also tours, race meets, and excursions and pleasure trips of various kinds. This was the real heyday of the sport in this valley and it was during this time that the photographs discovered by the Mercury were taken.

The cyclists of those days are now staid, practical merchants and professional men of this city, and readers will must stretch their imagination to recognize some prosperous merchant, with whom perhaps they have had business relations for years, in these photographs of lithe-limbed athletes mounted on peculiar looking machines.

The uniforms worn by the cyclenen of those days were gorgeous affairs, often being made from silk or velvet of a very brilliant hue. For instance, short tight-fitting, pink, silk trousers with a purple coat anda jockey's cap of many colors was considered a very smart outfit. 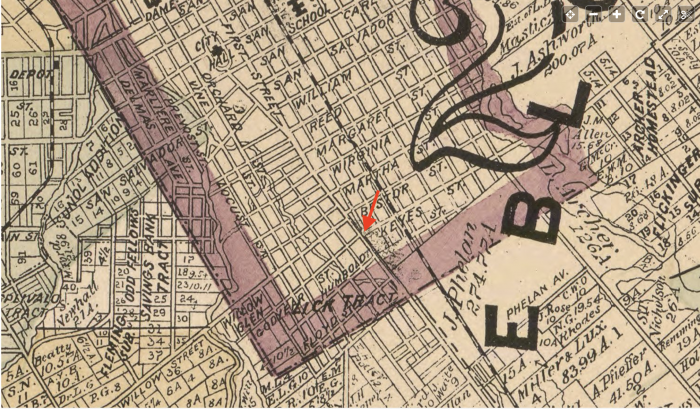 Official map of the County of Santa Clara, California : compiled from U.S. surveys, county records, and private surveys and the tax-list of 1889, by order of the Hon. Board of Supervisors Copy 1