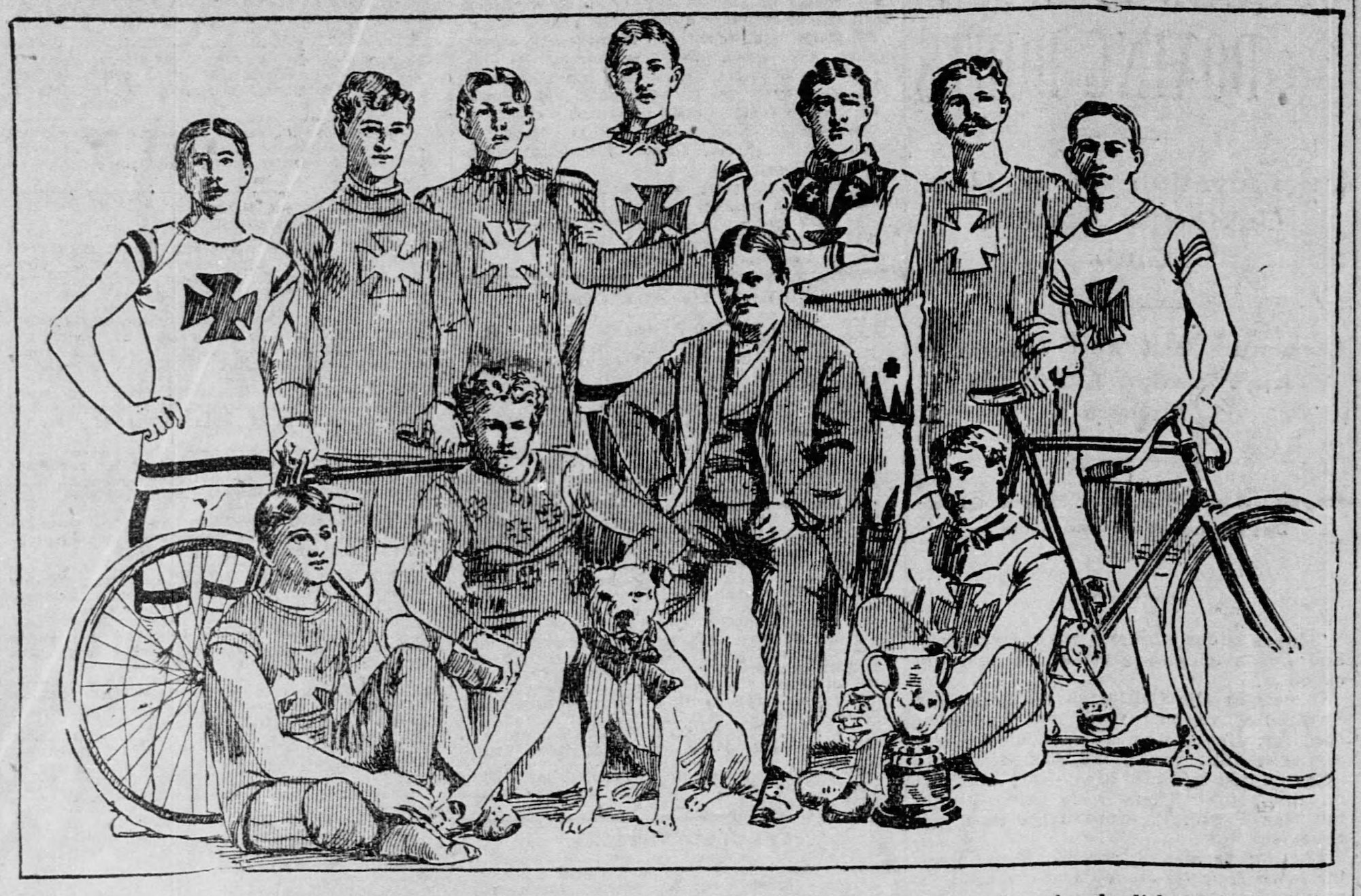 The team of the Bay City Wheelmen that won the 100-mile relay race on Sunday has already disbanded. Furman has gone to Los Angeles, Peck to Yuba City and Noonan to Santa Rosa. Before they separated the above picture was taken by Bushnell.

In the photograph Harry Fowler, rider of the first relay, is seen in the upper row in the white suit on the left. Next comes W. J. Black, eighth relay; Frank G. Peck, fifth; W. G. Furman, tenth, who practically won the race, defeating Wing and Smith in the sprint. Next is John L. Davidson, seventh relay; R. J. Black, ninth relay, and George Felix, second relay. On the lower row from the left are Ben J. Raynaud, fourth relay; Ben Noonan, third; Harry Larkin, captain of the club and team, and Walter J. Davidson, sixth relay. "Mike," the club's bulldog mascot, and the trophy won by the team are in the foreground.