El Camino Real & San Mateo Ave, San Bruno, CA "Thorpe's" is the location, on this 1873 "South Sheet: Map Of The Region Adjacent To The Bay Of San Francisco."

Probably one of the most colorful and well-known was a roadhouse that came to be called Uncle Tom’s Cabin. It began in 1849 when a man named Thorpe moved to the property at the intersection of San Mateo Avenue and El Camino Real in what is now San Bruno. Here on the north side of Crystal Springs Creek, he built a 12-foot by 12-foot cabin with stables nearby to care for the horses from the stagecoaches that traveled down the El Camino. The waystation was known alternately as Thorpe’s Place or 14-Mile House since it was located 14 miles from Mission Dolores in San Francisco. The cabin was soon enlarged to form a two-story hotel with a large bar. 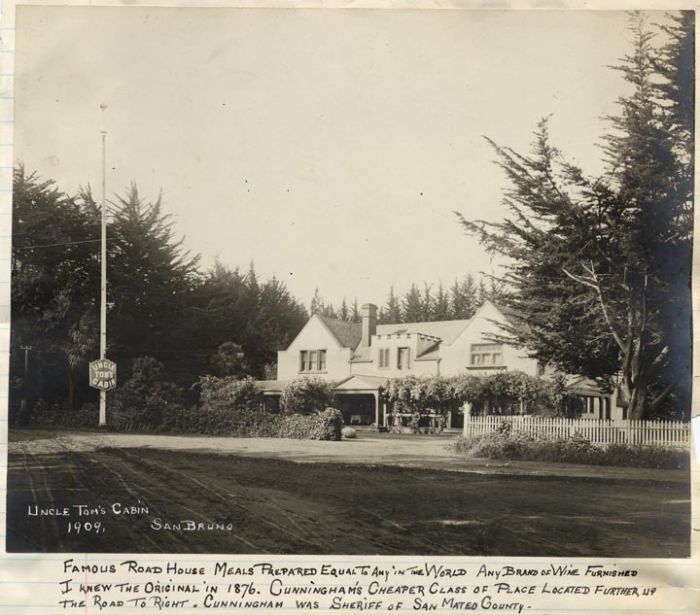