L. S. Upson and H. G. Toll, returned last night from Monterey. They intended to make the return trip on their bicycles but only rode as far as San Francisco, a distance of 150 miles, as their time was limited. They came the rest of the way on the cars.

The race meet committee of the Bay City Wheelmen and Capital City Wheelmen, having in charge the annual L. A. W. meet to be held at Sacramento July 4, met at Sacramento to start the ball rolling. The following is a list of the committees appointed and to whom queries for the different departments must be addressed: Transportation - Wetmore, Story and Elliot; track - Newell, Upson and Dexter; programme -Plummer, Dexter and Elliott: touring - Upson, Plummer and Newell; prizes - Sperry, Story and Lavenson; parade - Upson, Plummer, Ripley and Story; advertising - Ripley, Wetmore and Lavenson; ball and parties - Lavenson, Sperry and Upson; accommodation - Newell, Ripley and Dexter. 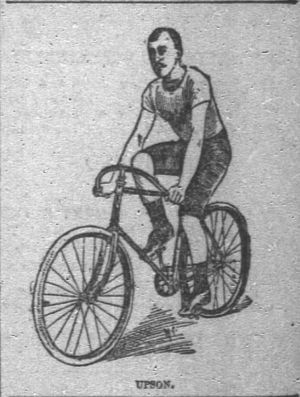 L. Stuart Upson is a native of Sacramento and has always contested as a representative of the Capital City Wheelmen. He is 25 years old, weighs 155 pounds and is 5 feet 5 inches high. Upson has competed in many races and is the pride of the Sacramento club. On July 4, 1890, he I beat Alcayaga in a three-mile race at Stockton. In 1892 Upson started in fourteen races and was first five times and second no less than seven. Upson held several coast records just before the pneumatic safety came into vogue. 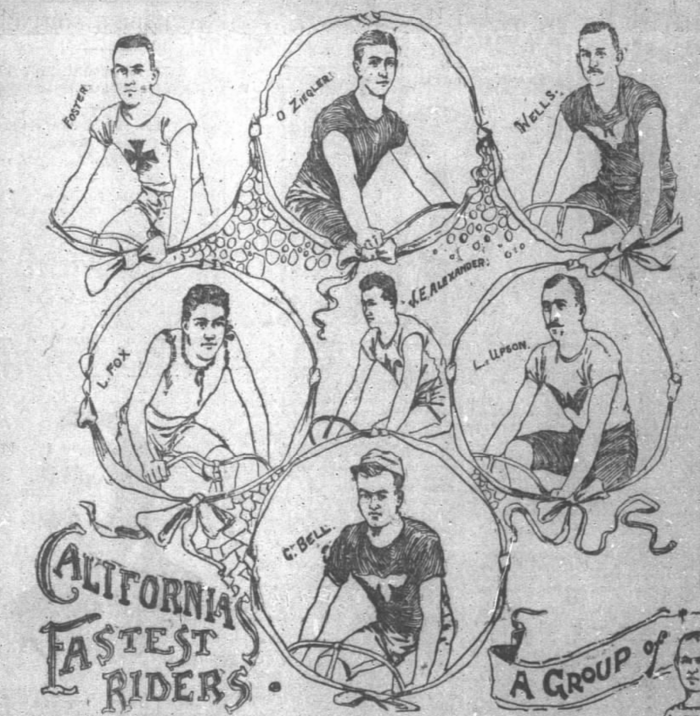 In the final of tlm quarter-mile dash Zeigler, Terrill, Toepke and Upson started. Zeigler, as usual, cut out the pace, with Toepke right after him. It was fast traveling from start to finish, and as the riders dashed around the elevation leading to the finish Upson put on a great spurt, and in the attempt to get on the outside of his opponents he leaned too far over and his pedal struck the track, sending him sprawling on his face and hands. He was up in a jiffy, however, and throwing his wheel on his shoulders, walked to his dressing-room as if nothing had happened. Zeigler won the race in 33 2-5 seconds, with Toepke a close second.