Both ladies and gentlemen are members of the bicycle annex, and all carry their cameras on the different runs. At the outing to Haywards last Sunday some exceptionally good pictures were secured. Miss Faucompre obtained one of the best series of pictures at Zeile's and Haywards. The wheel figures prominently in them all. During the trip the ladies of the party were caught in a group while crossing the street at Haywards. The result was a liberal education in bloomers. J. J. B. Argenti was one of the most successful of the party, obtaining several splendid pictures at Fruitvale, San Leandro and Haywards. 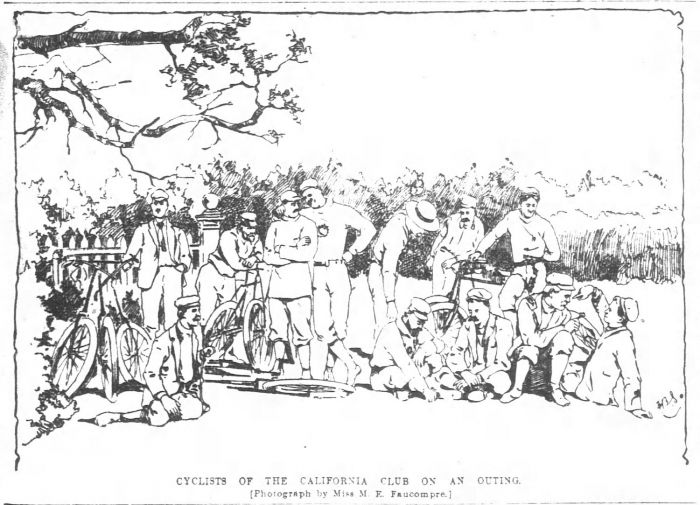 CYCLISTS OF THE CALIFORNIA CLUB ON AN OUTING.
[Photograph by Miss M. E. Faucompre.]