Accident to a Bicyclist.

Last Saturday, between Alvarado and Washington Corners, the front cycle of the bicycle upon which W. H. Lowden of this city was bicycling with ten other bicyclists, the others being of Oakland, collided with a piece of rock on the smooth road over which Mr. Lowden was going at the rate of fifteen miles an hour. The bicycle stopped. Mr. Lowdon didn't, till his head came against the road at which time a jagged piece of rock cut in the left side of his neck a long fissure half an inch deep and out of which so much of his blood ran that he was reduced for at an hour to unconsciousness.

The annual election and banquet of the Oakland Club was held a week ago yesterday. The following officers were reelected: President and Captain, George H. Strong; Vice-President, W. H. Bunker; First Lieutenant, W. H. Lowden ; Second Lieutenant, W. H. Taylor ; Third Lieutenant, George L. King; Secretary and Treasurer, the indefatigable W. C. Gibbs. After all business had been dispatched the club adjourned to a restaurant, where an elegant repast was spread. Speeches were made by Messrs. Yale, Booth, Burkhalter, Bunker and Taylor. Messrs. Collingham and Gibbs took charge of the musical portion of the programme. 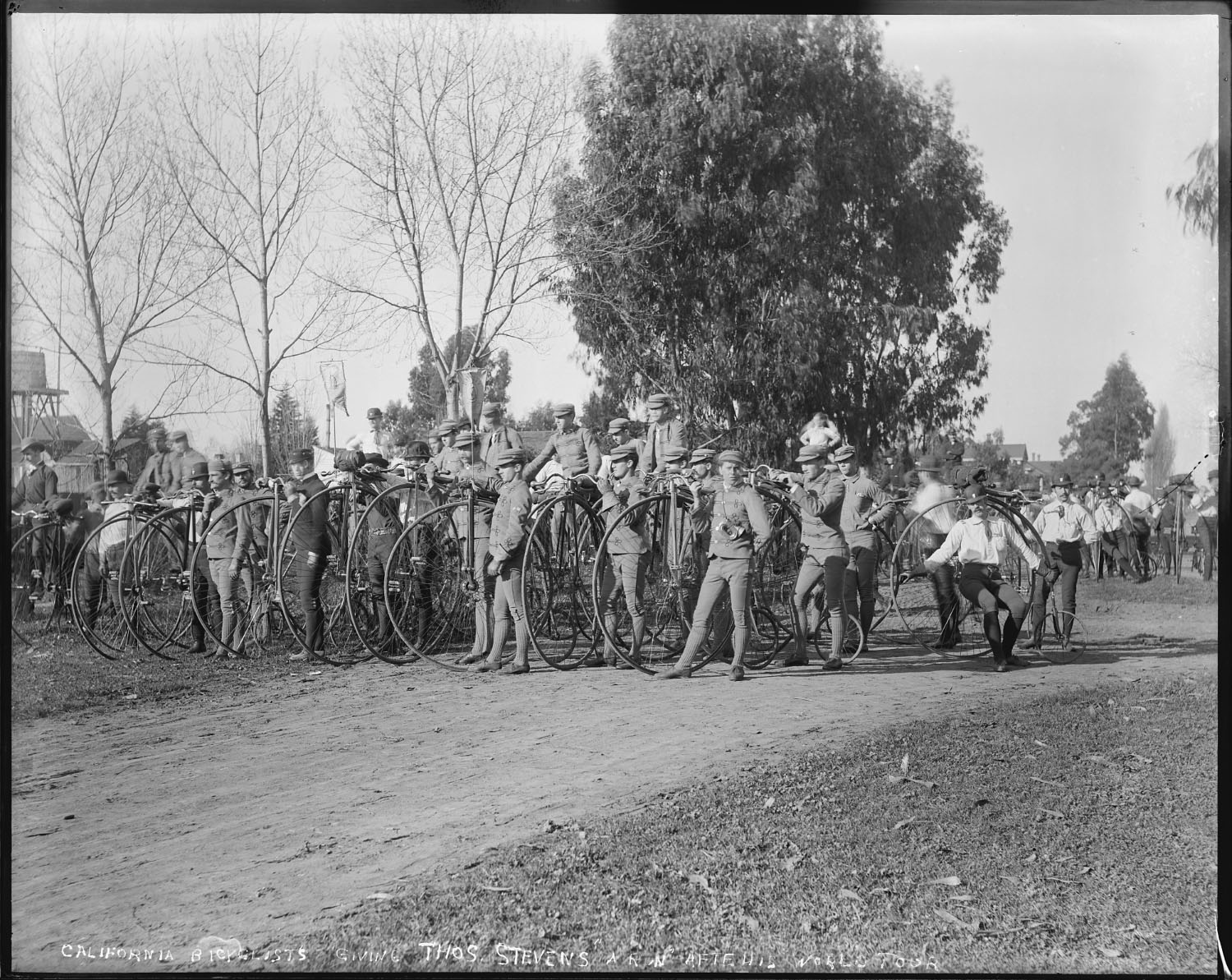 Many members names are common between the Oakland Bicycle Club and the Pacific Coast Amateur Photographic Association.