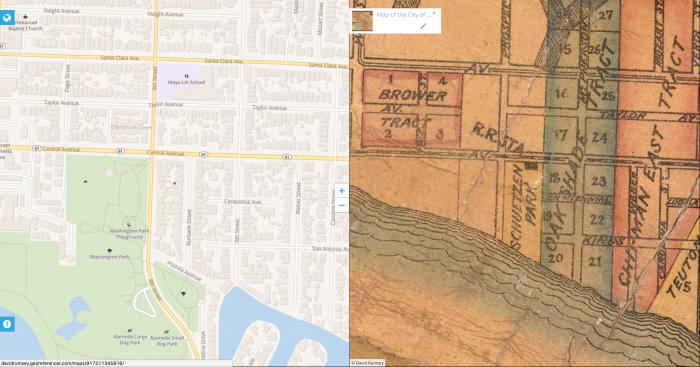 The Alameda baseball grounds were AKA Schuetzen Park. There was a bicycle race track there.