A Brief Sketch of the Garden City Cyclers. 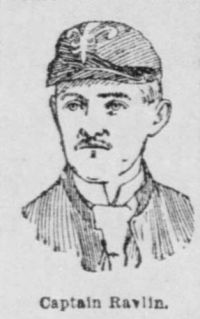 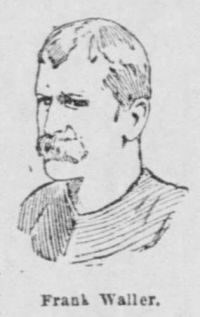 The league meet, originally fixed for Sacramento, has been given to Stockton, owing to the impossibility of securing a suitable track at the former place. The races will be held on the Fourth of July, and as the Native Sons will visit the Slough City in force on that day the success of the meet is already assured. The Bay City wheelmen of this city are taking great interest in the matter, and with their active Co-operation the Stockton boys should be able to present a fine programme. While the track is a good one for horses, it was not built for bicycle races, and it will be surprising if any records are lowered.

The San Francisco Bicycle Club held a very successful picnic run to Mill Valley yesterday. About 40 wheels went over, besides a number who went on the train. A fine lunch was spread, and every one seemed happy. Did Captain Pixley enjoy his lunch? Better not ask him unless you are armed. He went down to a farmhouse to get some milk, but when he got back there was not a crumb left, and he was confined to a milk diet. Some good scorching was done on the return trip. Scovern and Twitchell made the best time. These boys promise soon to be shining lights in the racing line.

What has become of the Larkspur Camp of the San Francisco Bicycle Club?

The bicycle raffied by the P. R. C. last Wednesday evening was won by ticket 233.

The directors of the San Francisco Bicycle Club have announced a ladies' night for the evening of Friday, June 17. An enjoyable programme will be presented, after which there will be dancing and light refreshments.

The Alameda boys are making preparations for a lantern parade in the near future.

The annual century run of the L. A. W. is set for next Sunday. About 100 wheelmen are expected to participate. The San Francisco contingent will start from the corner of Golden Gate and Van Ness avenues at 5:30 A. M., and will ride on this side of the bay. The men from Oakland and Alameda will leave Fruitvale at 6 A. M. and join the main body at San Jose about 10:30 A. M. The third detachment, composed of San Jose wheel men, will start at 6 A. M., ride up to meet the boys from San Francisco at Redwood City and will then retrace their way to the Garden city. From here the united forces will move on to Hollister, the terminus of the 100-mile run. The return will be made by train. The roads from this city to San Jose are good, thence to Gilroy excellent. but between that town and Hollister some heavy work will have to be done.

A number of riders belonging to the Acmes, Golden Gates and Alamedas went to Centerville yesterday, where a fraternal reunion was held.

P. H. Bernays is nothing if not enterprising. He has just fitted up a model bicycle rendezvous on San Pablo avenue, Oakland. It will be in charge of Wilbur F. Knapp, a victor in many races all over the world.

A. J. Storey, C. N. Langton, A. Barnes, Charles Dietle and G. T. Andrews arrived at Virginia City, Nev., last Wednesday from this city, having made the trip on bicycles in seven days. The party found a depth of 10 feet of snow on the summit of the Sierras, and made a detour at Truckee to Lake Tahoe.

W. F. Foster and T. C. Dodge have returned from their run to Monterey. They had a good time, and their report on the roads is of value as a guide to other tourists. From Alameda to San Jose, Gilroy and Watsonville the roads are good, but it was hard work going on to Monterey. The boys went over the 17-mile drive, and had some good fishing during their three-days' stay in Monterey. Returning by a different route, the road to Santa Cruz was found to be very bad, and from that place to Pescadero positively unridable. Between Pescadero and La Honda Foster's knee gave out twice and he walked most of the distance. Over Alpine mountain to Redwood City the scenery and walking were both good. Thence to San Francisco the road is splendid, even the sandy stretch between the five-mile and three-mile houses having been replaced by hard macadam.

There is no authority for the statement that efforts are being made to arrange a match race for a trophy between Bell and Foster.

Since the recent enlargement of the cyclery at Golden Gate Park Mr. Devany finds that more ladies are learning to ride than ever before in his extended experience.

Secretary Cobden is well pleased with his success as an advocate of comfortable cycling.

Young Mr. Bailey, who built the already celebrated track at Alameda, was presented with a gold watch and chain by the members of the club last week.