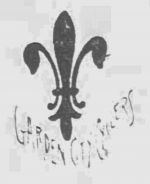 The meet to be held by the Acme Athletic Club on Thanksgiving day will bring out a number of new pneumatics in the events. Osen of San Jose will, without doubt, enter in the championships, and as there is a number of “surprises" from San Jose, the Garden City will be well represented.

Representatives of the two Garden City clubs are trying to form a union of the two, and it would certainly seem a proper thing to do. "In union there is strength," and if the two clubs could be induced to pull together they might give such race meets and establish such a clubhouse as would be a credit to themselves and to San Jose.

The Garden City cyclers are happy in the possession of a "mascot" in the shape of an immense St. Bernard dog.