I believe the correct spelling is Zeigler, but was misspelled more often than it was spelled correctly, so mentioning both. Otto Zeigler is one of the local racers, from San Jose, CA who, because of his talent, transcended local sport reporting and became a national and international figure. His mentions are many on my blog. Rather than listing them all, I'll try to summarize, and link out to other sites, to explain who he was. 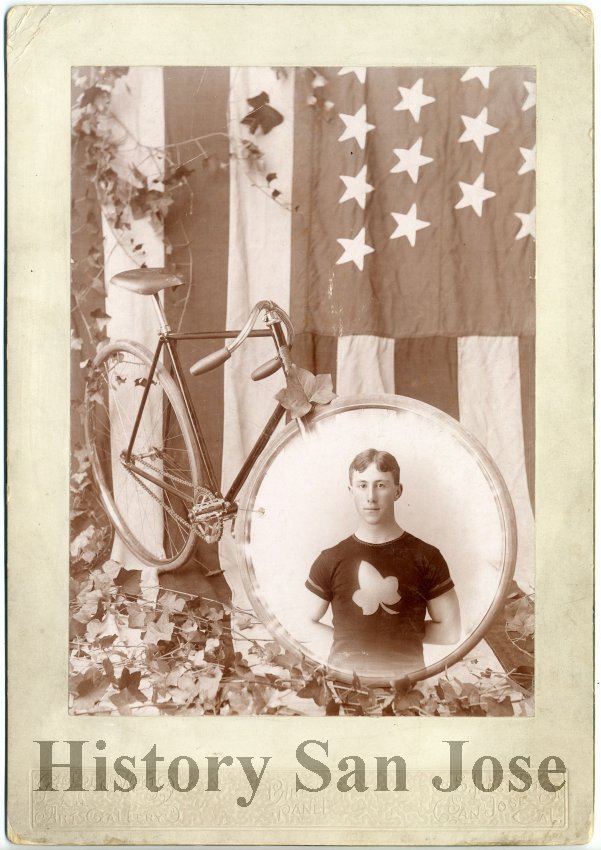 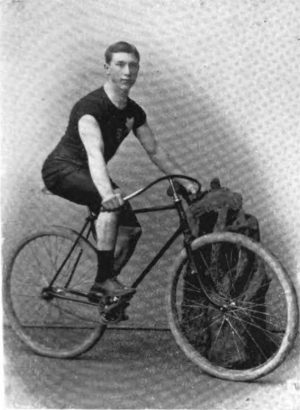 So far as the racing was concerned the surprise of the day to the uninitiated was the fast riding of Otto Ziegler, Jr. of the San Jose Road Club. He is a little fellow, but the way he did glide away from his opponents was really surprising. He will ride back to his home in the Garden City on the beautiful twenty-three-pound racer he won in the mile handicap race, and if the wheel will bear the extra weight will wear the gold medal given to him as winner of the mile novice race, Otto is young yet, but evidently he is a coming man.

There seems to be considerable misunderstanding about Ziegler and his programme for 1895. He has signed with a Toledo bicycle maker to ride his make of wheel and with a Chicago make of tires at a certain fixed price, which has been variously stated at from $200 to $500 a month. The latest report was that sent out from San Jose when the contract was signed. As a matter of fact he is to receive only about one-half of the largest reported sum, and, of course, the exact amount is the secret of the parties most concerned, as it should be.

This wild report was sent broadcast over the Coast, and every racing man and would-be racer will be led to believe that there is big money in bicycle racing, while as a fact only three other racing men -Zimmerman, Sanger and Johnson - have received as big a salary as Ziegler is to get, and it has only been possible in the last two years. If Ziegler is as successful as his friends hope for his prizes this season will amount to $10,000 or more. [Adjusting for inflation, that's about $320,000 in 2021 US dollars. - MF] 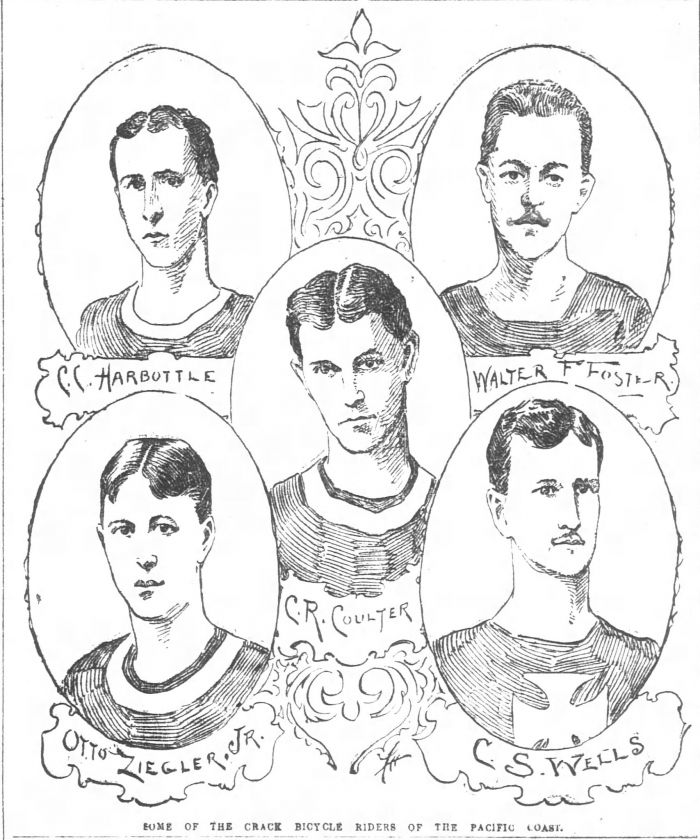 In the fall of 1894 a little cherry-faced Californian went to the national meet at Denver, competed against Johnson and Sanger and Bald, and went away with three firsts, a second and a third out ot the five national championships up his sleeve. This was Otto Ziegler, the Little Demon, ot San Jose, and his sensational victories over the fastest men of America won for bim a lasting renown. He recovered from an accident in time to join the record-breaking camp at Louisville. Here he secured a number of world's records, the most prominent ot which was his competition mark ot 1:52 3-5.

THE SPEEDY CYCLERS. - Interest in the Indoor Tournament. - The Affair Promises to Be a Big Event. - Edwards, Ziegler, Coulter and the Big Ones to Race - Club Gossip. - San Francisco Chronicle, 16 Feb 1895 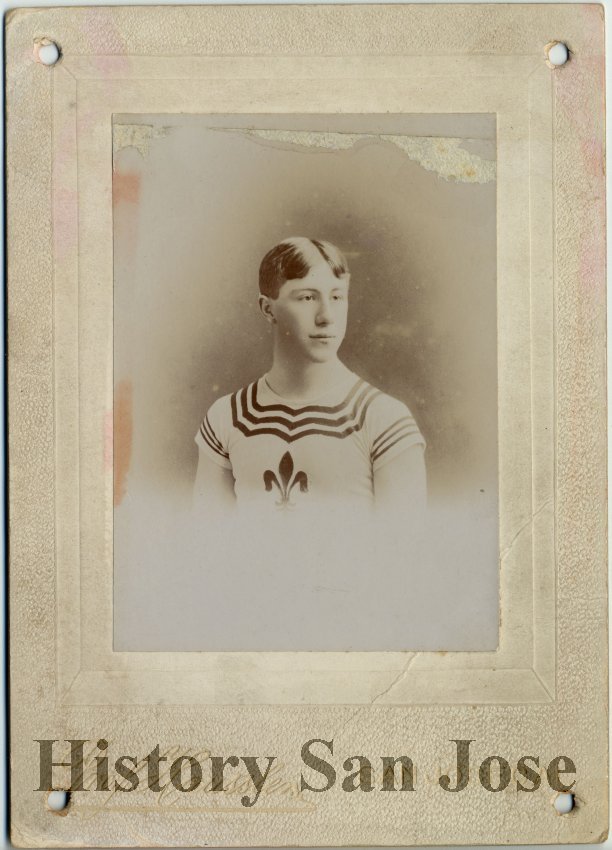